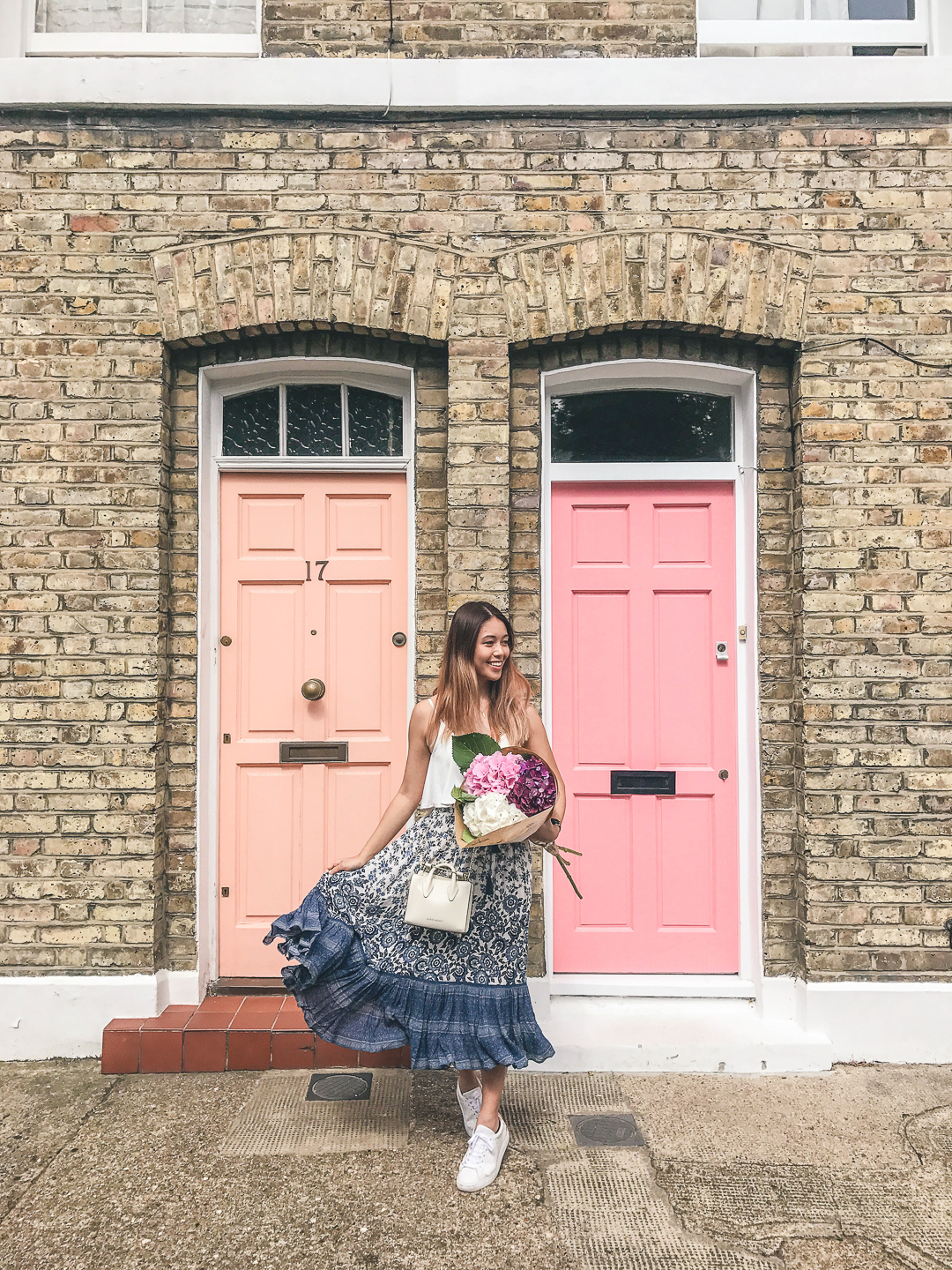 Sometimes it may take a lesson as big as a reading for class, while other times it may only take a stranger’s passing comment; regardless of the moment, I was recently shocked into awareness of my view of physical space. As a Communications student in New York, I am constantly learning about our media, digital and analog, and the way that humans consume it. I put those theories to practice in my day to day life, witnessing people engage with all forms of media, almost everywhere I go. The constant engagement and changing habits of humans in regard to their use of digital media is no longer surprising to me, nor has it ever been, necessarily.

Recently, though, I was stunned when I finally internalized my expectation of the physical world to be prepared for media use. I realized that with the saturation of social media content, I seek out locations as backdrops for an inevitable photoshoot. Viewing more and more posts in unique, trendy, and cool places, I crave pictures that are the same. Scrolling through my Instagram feed and tapping through snapchat stories, I know that I am not alone in this endeavor. Actually, the endeavored is reinforced by the fact that I am not alone in it. Our spaces are increasingly undergoing digitization to provide content for posts. It seems like a win-win situation, as these locations receive free marketing while users, like myself, receive content for posting.

“On the surface, it is a place devoted to a set of positive emotions, including joy and optimism. But that is about as deep as it goes. On Tuesday, visitors spent more time looking at their own images reflected on their phone screens, because the Museum of Feelings is actually the perfect place to take a really good selfie.”

These kinds of physical spaces are an example of the dominant groups that John Fiske refers to in “The Jeaning of America.” These centers capitalized on the already-created trend of photo-centered experiences. In looking at the Museum of Feelings, it is clear that Glade took advantage of this trend. 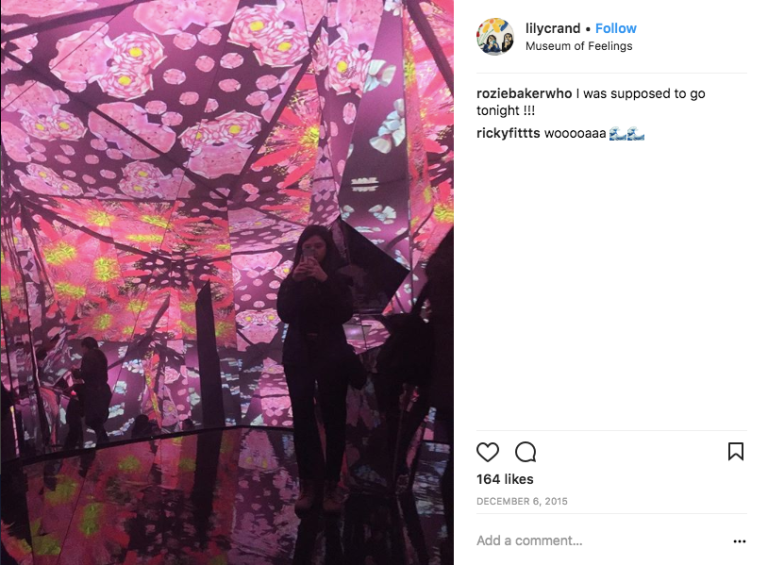 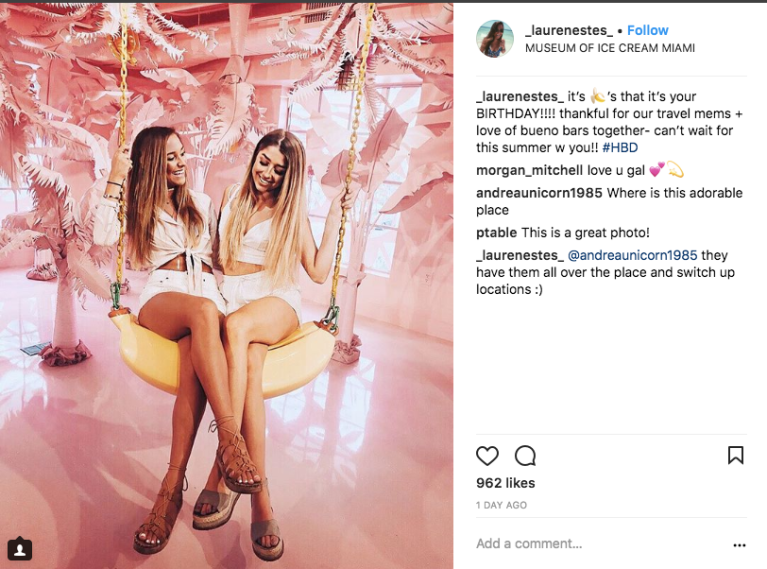 What’s more interesting is the way that the subordinate groups created Fiske’s idea of popular culture through finding photo opportunities in our physical world. Fiske defines popular culture as society’s making due with whats available to them. Before physical spaces like the Museum of Feelings was created, subordinate groups took their surroundings as they were, and creating art through photography and modeling for social media posts. Taking photos in front of old murals on city walls, a colorful door on a street block, or in a cross walk with traffic rushing in the background were first ways subordinate groups utilized their physical space for social media. Society’s dominant groups countered this subversion of power when they begin to create spaces for capitalizing- through free marketing or charging for the space. Even now, murals are being updated routinely providing consistent, new content for photo shoots. 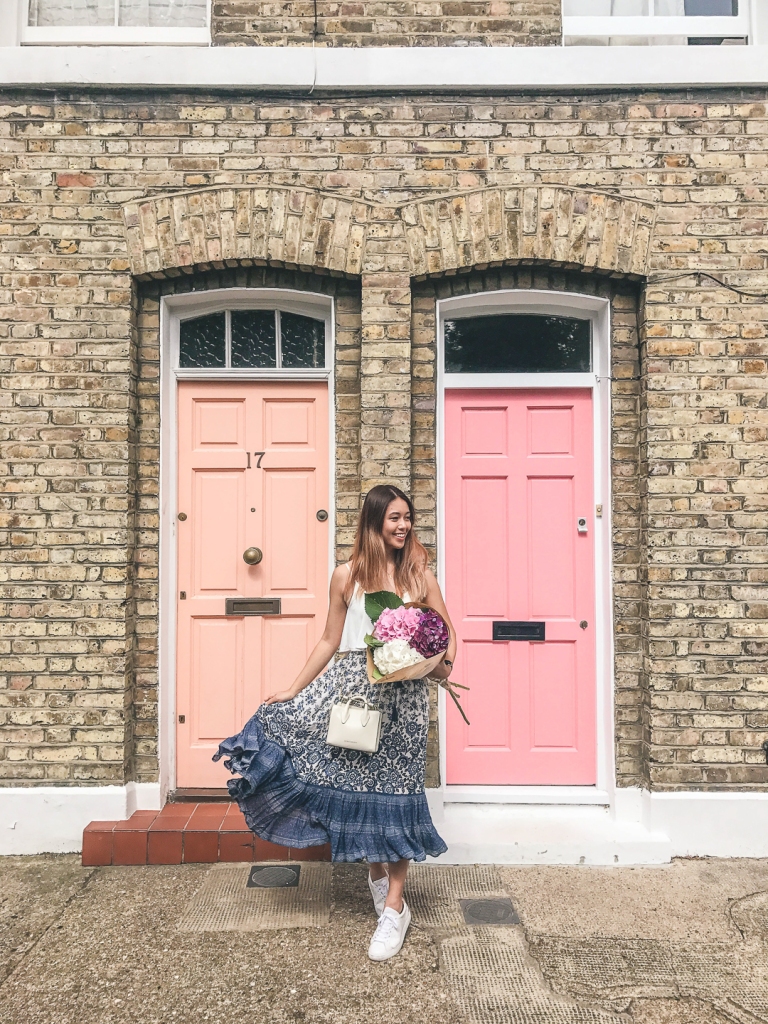 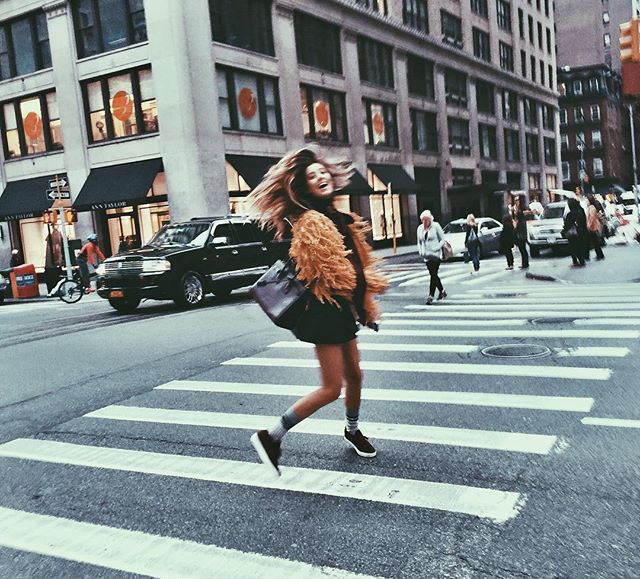 Essentially, this is a form of affective labor for social media users. As a connection of the real world into our virtual space, these activations take the affect capacity of humans to their full advantage. In terms of social media, affect is described by Carah and Shaul in “Brands and Instagram; Point, Tap Swipe, Glance” as the flow of attention, the desire of attention, and the response from that attention between agents.  In terms of physical space on social media, this means that the dissemination of backdrops in posts, subliminally emphasizes the importance of those spaces to other viewers. The spaces that are posted on social media are further internalized by the posters and viewers, creating an increased importance of what and where the photo is taken. Carah and Shaul write “Instagram’s architecture of affecting enables spaces like clubs, cultural events, bedrooms, bathrooms, and other locations where bodies and web-connected smartphones appear to become sites where affect is released, channelled, and directed” (71).

Because of affect, not only are social media users increasingly hunting down the most unique photo opportunity in every physical space, but also our physical spaces are literally changing to accommodate and profit off of this fascination.